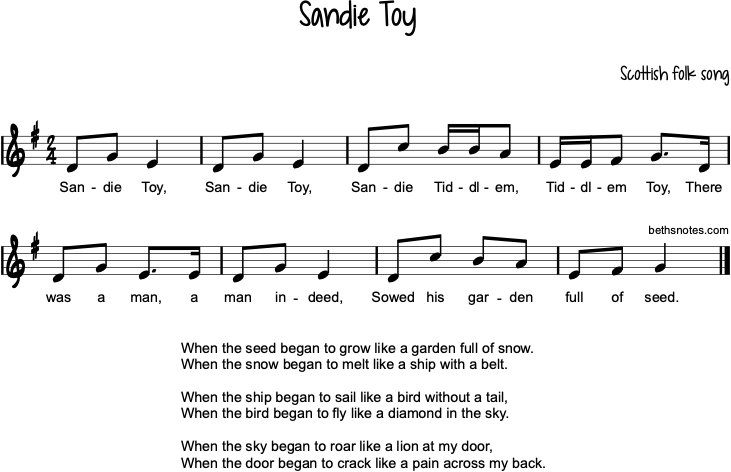 When the seed began to grow like a garden full of snow.
When the snow began to melt like a ship with a belt.

When the ship began to sail like a bird without a tail,
When the bird began to fly like a diamond in the sky.

When the sky began to roar like a lion at my door,
When the door began to crack like a pain across my back.