When Father Papered The Parlour 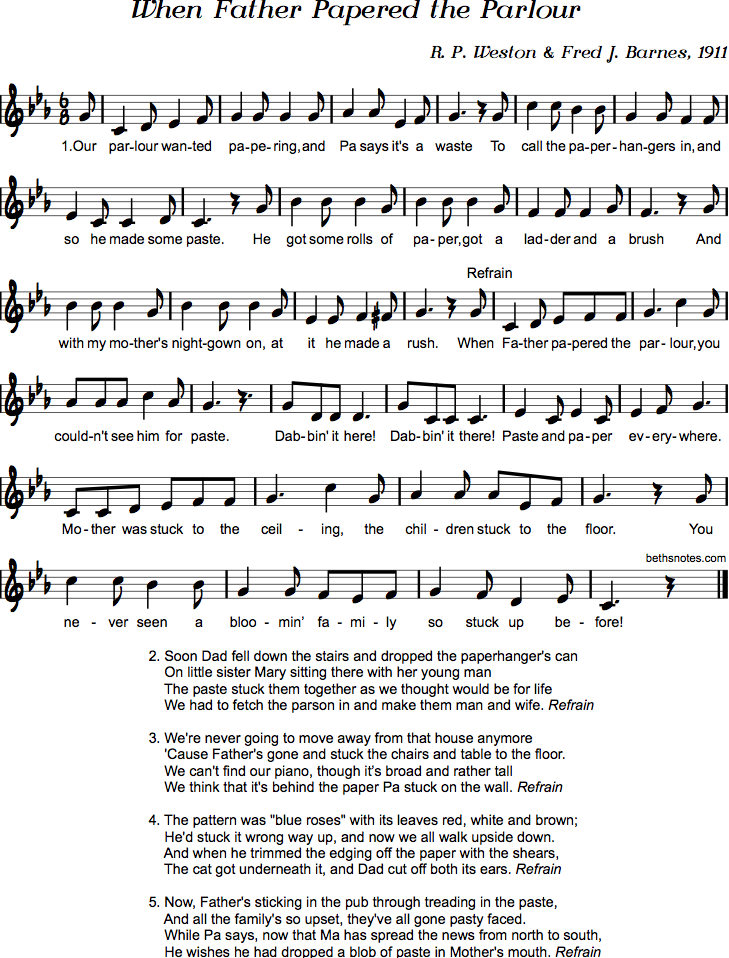 1. Our parlour wanted papering, and Pa says it’s a waste
To call the paperhangers in, and so he made some paste.
He got some rolls of paper, got a ladder, and a brush
And with my mother’s nightgown on, at it he made a rush.

Refrain
When Father papered the parlour, you couldn’t see him for paste.
Dabbin’ it here! Dabbin’ it there! Paste and paper everywhere.
Mother was stuck to the ceiling, the children stuck to the floor.
You never seen a bloomin’ family so stuck up before!

2. Soon Dad fell down the stairs and dropped the paperhanger’s can
On little sister Mary sitting there with her young man
The paste stuck them together as we thought would be for life
We had to fetch the parson in and make them man and wife. Refrain

3. We’re never going to move away from that house anymore
‘Cause Father’s gone and stuck the chairs and table to the floor.
We can’t find our piano though it’s broad and rather tall
We think that it’s behind the paper Pa stuck on the wall. Refrain

4. The pattern was ‘blue roses’ with its leaves red, white, and brown;
He’d stuck it wrong way up and now, we all walk upside down.
And when he trimm’d the edging off the paper with the shears,
The cat got underneath it, and dad cut off both its ears. Refrain

5. Now, Father’s sticking in the pub, through treading in the paste,
And all the family’s so upset, they’ve all gone pasty faced.
While Pa says, now that Ma has spread the news from north to south,
He wishes he had dropped a blob of paste in Mother’s mouth. Refrain 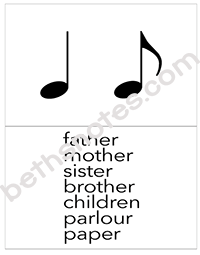 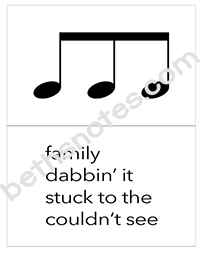 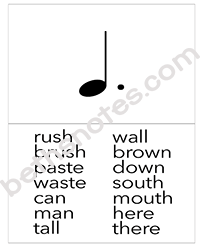 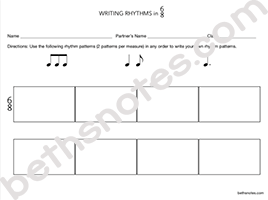