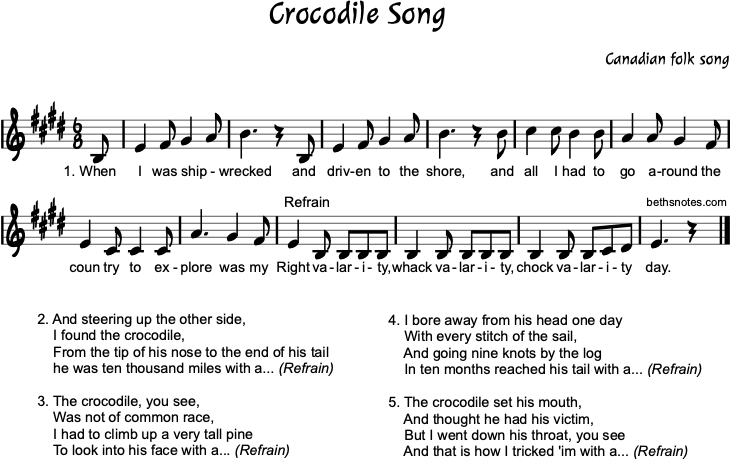 1. When I was shipwrecked and driven to the shore,
And all I had to go around the country to explore was my

2. And steering up the other side,
I found the crocodile,
From the tip of his nose to the end of his tail
he was ten thousand miles with a… (Refrain)

3. The crocodile, you see,
Was not of common race,
I had to climb up a very tall pine
To look into his face with a… (Refrain)

4. I bore away from his head one day
With every stitch of the sail,
And going nine knots by the log
In ten months reached his tail with a… (Refrain)

5. The crocodile set his mouth,
And thought he had his victim,
But I went down his throat, you see
And that is how I tricked ‘im with a… (Refrain)