Who Threw the Overalls in Mrs. Murphy’s Chowder 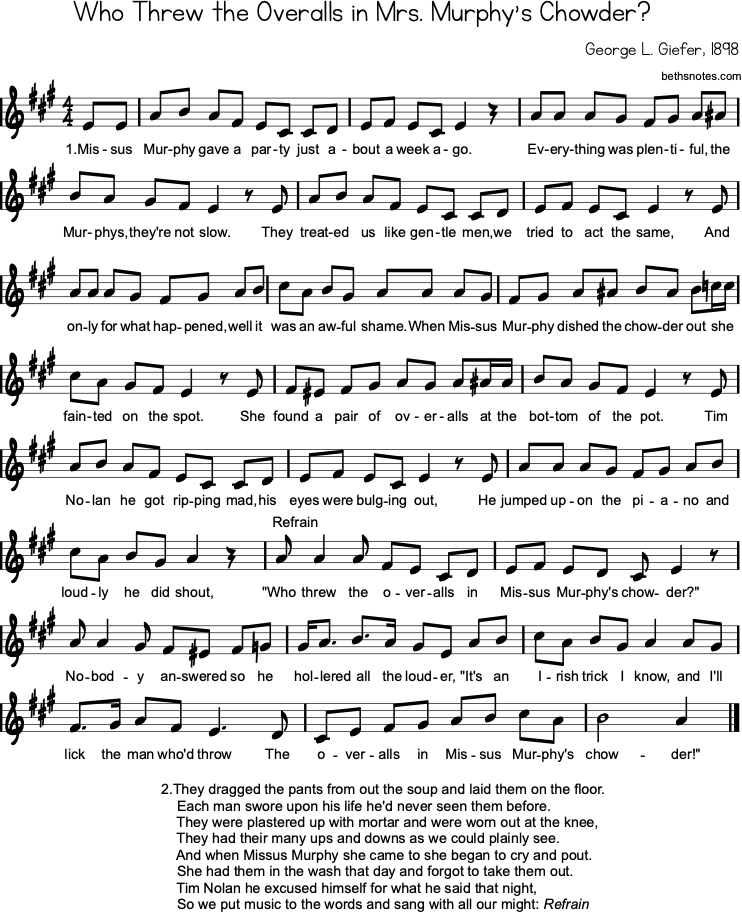 1. Missus Murphy gave a party just about a week ago.
Everything was plentiful, the Murphys, they’re not slow.
They treated us like gentlemen, we tried to act the same,
And only for what happened, well it was an awful shame.
When Missus Murphy dished the chowder out she fainted on the spot.
She found a pair of overalls at the bottom of the pot.
Tim Nolan he got ripping mad, his eyes were bulging out.
He jumped up on the piano and loudly he did shout,

2. They dragged the pants from out the soup and laid them on the floor.
Each man swore upon his life he’d never seen them before.
They were plastered up with mortar and were worn out at the knee,
They had their many ups and downs as we could plainly see.
And when Missus Murphy she came to she began to cry and pout.
She had them in the wash that day and forgot to take them out.
Tim Nolan he excused himself for what he said that night,
So we put music to the words and sang with all our might: Refrain