Who Built the Ark 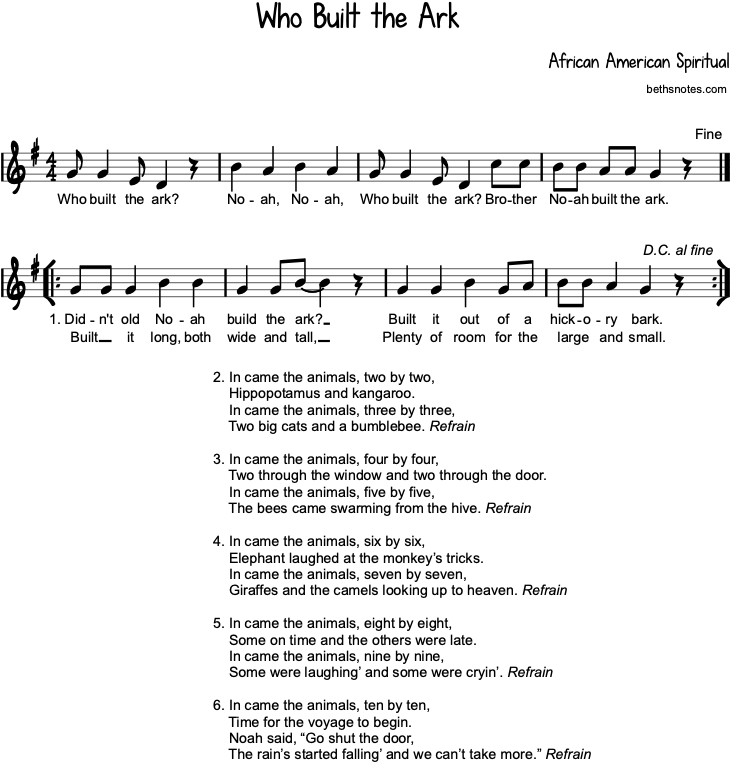 1. Didn’t old Noah build the ark,
Built it out of a hickory bark.
Built it long, both wide and tall,
Plenty of room for the large and small. Refrain

6. In came the animals, ten by ten,
Time for the voyage to begin.
Noah said, “Go shut the door,
The rain’s started falling’ and we can’t take more.” Refrain 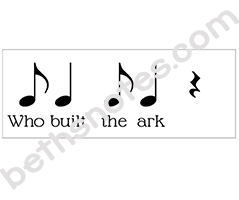