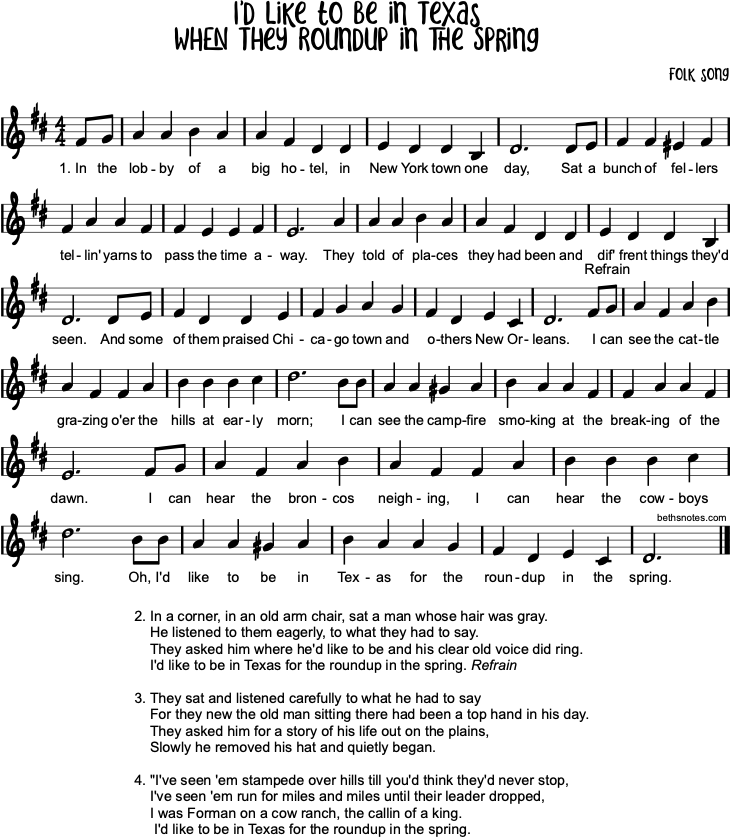 1. In the lobby of a big hotel in New York town one day,
Sat a bunch of fellers tellin’ yarns to pass the time away.
They told of places they had been and different things they’d seen.
And some of them praised Chicago town and others New Orleans.

2. In a corner, in an old arm chair, sat a man whose hair was gray.
He listened to them eagerly, to what they had to say.
They asked him where he’d like to be and his clear old voice did ring.
I’d like to be in Texas for the roundup in the spring. Refrain

3. They sat and listened carefully to what he had to say
For they new the old man sitting there had been a top hand in his day.
They asked him for a story of his life out on the plains,
Slowly he removed his hat and quietly began.

4. “I’ve seen ’em stampede over hills till you’d think they’d never stop,
I’ve seen ’em run for miles and miles until their leader dropped,
I was Forman on a cow ranch, the callin of a king.
I’d like to be in Texas for the roundup in the spring.