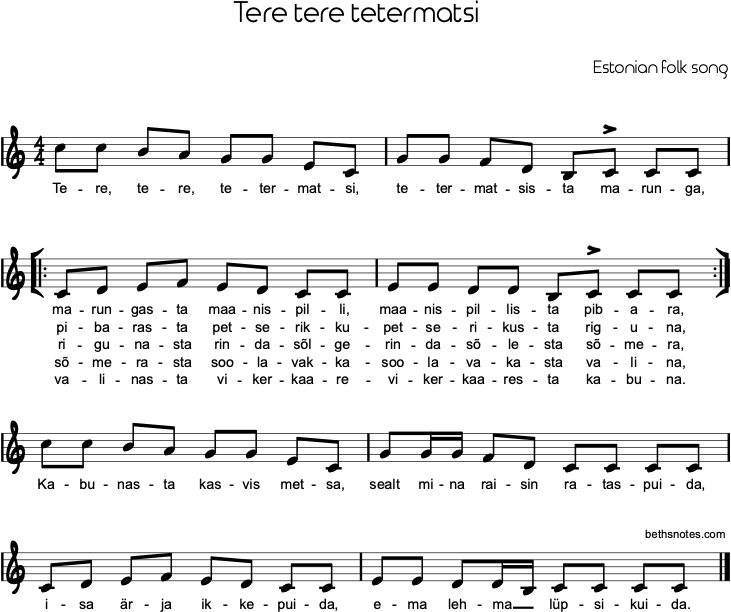 This is an alliteration-based word game. In the song, places are named, where a child goes and gets various things. At the end, he reaches a forest where he chops wood, which is used for the yokes of his father’s bulls and his mother’s milk cans. (source)