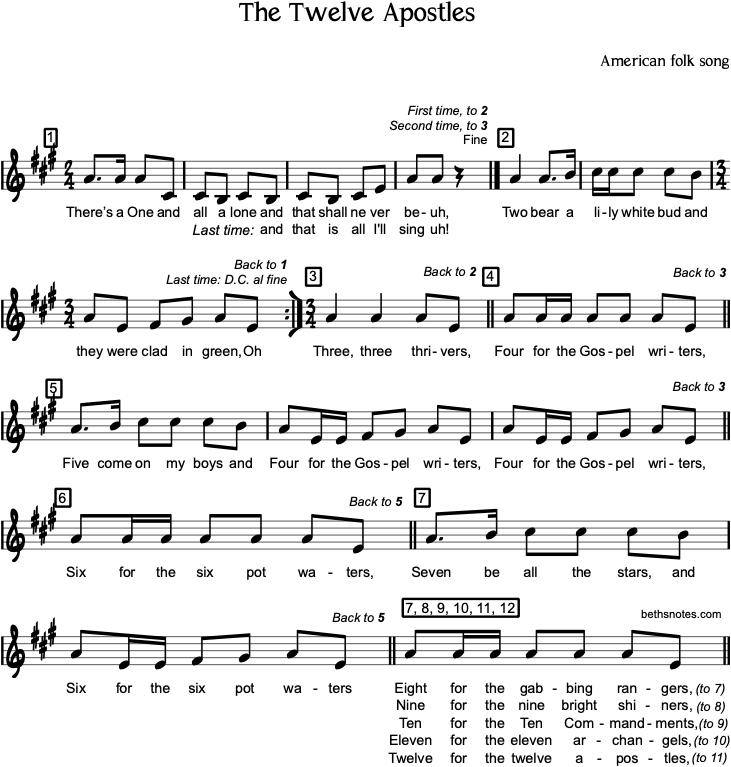 End: There’s a one and all alone and that is all I’ll sing uh!