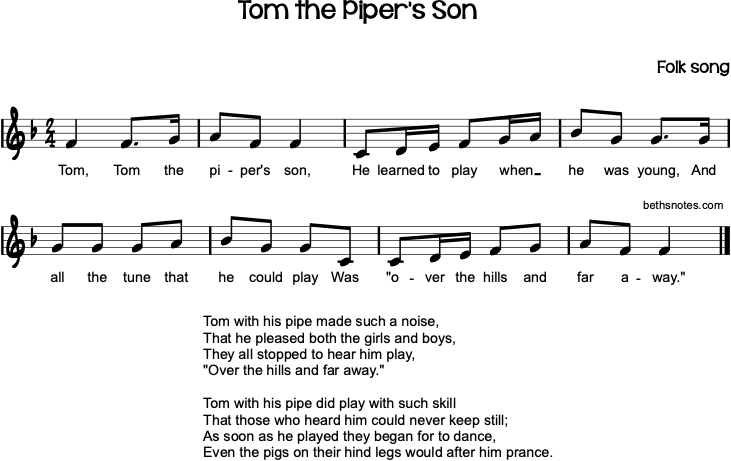 Tom, Tom the piper’s son,
He learned to play when he was young,
And all the tune that he could play
Was “over the hills and far away.”

Tom with his pipe made such a noise,
That he pleased both the girls and boys,
They all stopped to hear him play,
“Over the hills and far away.”

Tom with his pipe did play with such skill
That those who heard him could never keep still;
As soon as he played they began for to dance,
Even the pigs on their hind legs would after him prance.