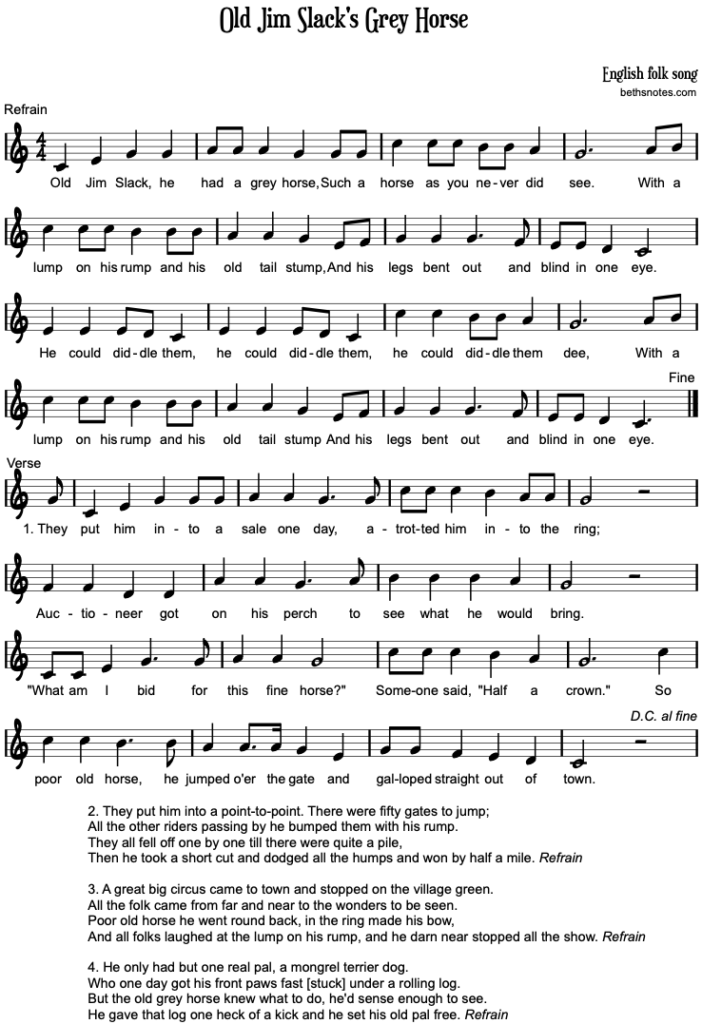 1. They put him into a sale one day, a-trotted him into the ring;
Auctioneer got on his perch to see what he would bring.
“What am I bid for this fine horse?” Someone said, “Half a crown.”
So poor old horse, he jumped o’er the gate and galloped straight out of town. Refrain

2. They put him into a point-to-point. There were fifty gates to jump;
All the other riders passing by he bumped them with his rump.
They all fell off one by one till there were quite a pile,
Then he took a short cut and dodged all the humps and won by half a mile. Refrain

3. A great big circus came to town and stopped on the village green.
All the folk came from far and near to the wonders to be seen.
Poor old horse he went round back, in the ring made his bow,
And all folks laughed at the lump on his rump, and he darn near stopped all the show. Refrain

4. He only had but one real pal, a mongrel terrier dog.
Who one day got his front paws fast [stuck] under a rolling log.
But the old grey horse knew what to do, he’d sense enough to see.
He gave that log one heck of a kick and he set his old pal free. Refrain