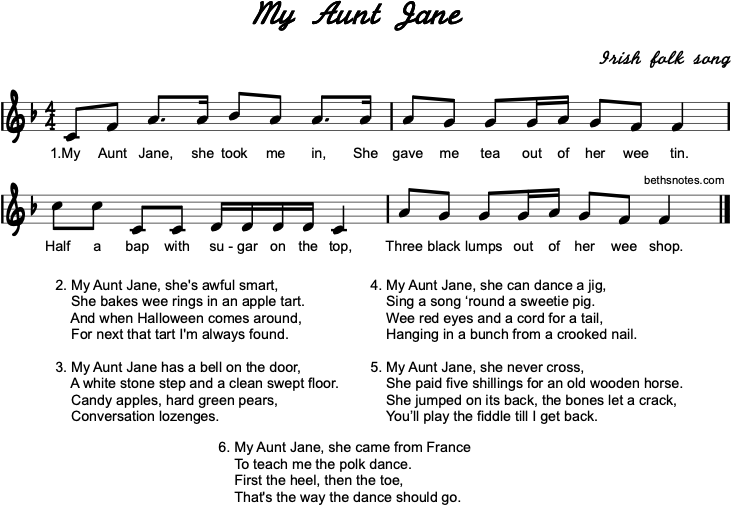 My Aunt Jane, she’s awful smart,
She bakes wee rings in an apple tart.
And when Halloween comes around,
For next that tart I’m always found.

My Aunt Jane has a bell on the door,
A white stone step and a clean swept floor.
Candy apples, hard green pears,
Conversation lozenges.

My Aunt Jane, she can dance a jig,
Sing a song ‘round a sweetie pig.
Wee red eyes and a cord for a tail,
Hanging in a bunch from a crooked nail.

My Aunt Jane she never cross,
She paid five shillings for an old wooden horse.
She jumped on its back, the bones let a crack,
You’ll play the fiddle till I get back.

5 thoughts on “My Aunt Jane”