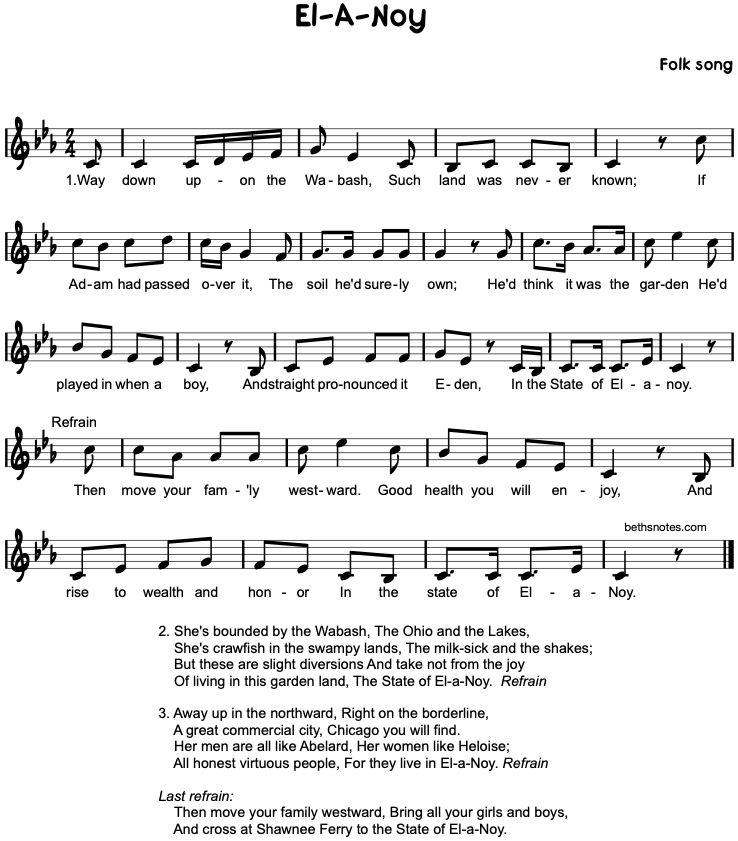 1. Way down upon the Wabash, Such land was never known;
If Adam had passed over it, The soil he’d surely own;
He’d think it was the garden He’d played in when a boy,
And straight pronounced it Eden, In the State of El-a-noy.

Refrain
Then move your fam’ly westward.
Good health you will en-joy,
And rise to wealth and honor
In the state of El-a-Noy.

2. She’s bounded by the Wabash, The Ohio and the Lakes,
She’s crawfish in the swampy lands, The milk-sick and the shakes;
But these are slight diversions And take not from the joy
Of living in this garden land, The State of El-a-Noy. Refrain

3. Away up in the northward, Right on the borderline,
A great commercial city, Chicago you will find.
Her men are all like Abelard, Her women like Heloise;
All honest virtuous people, For they live in El-a-Noy. Refrain

Last refrain
Then move your family westward, Bring all your girls and boys,
And cross at Shawnee Ferry to the State of El-a-Noy.