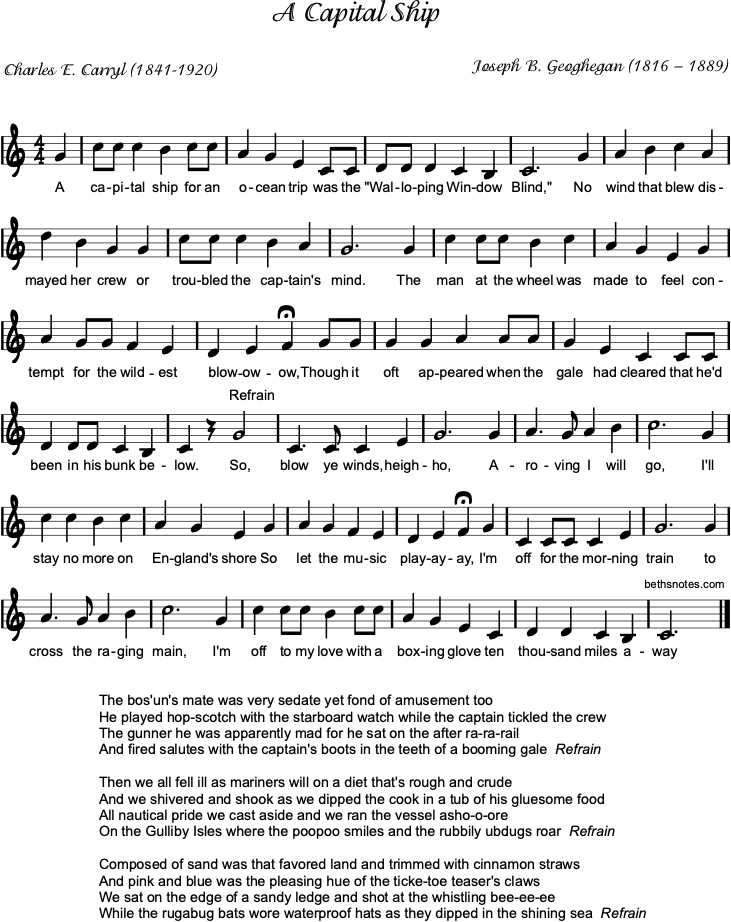 This poem was put to the tune of Ten Thousand Miles. (source)

Refrain
So, blow ye winds, heigh-ho, A-roving I will go
I’ll stay no more on England’s shore so let the music play-ay-ay
I’m off for the morning train to cross the raging main
I’m off to my love with a boxing glove ten thousand miles away