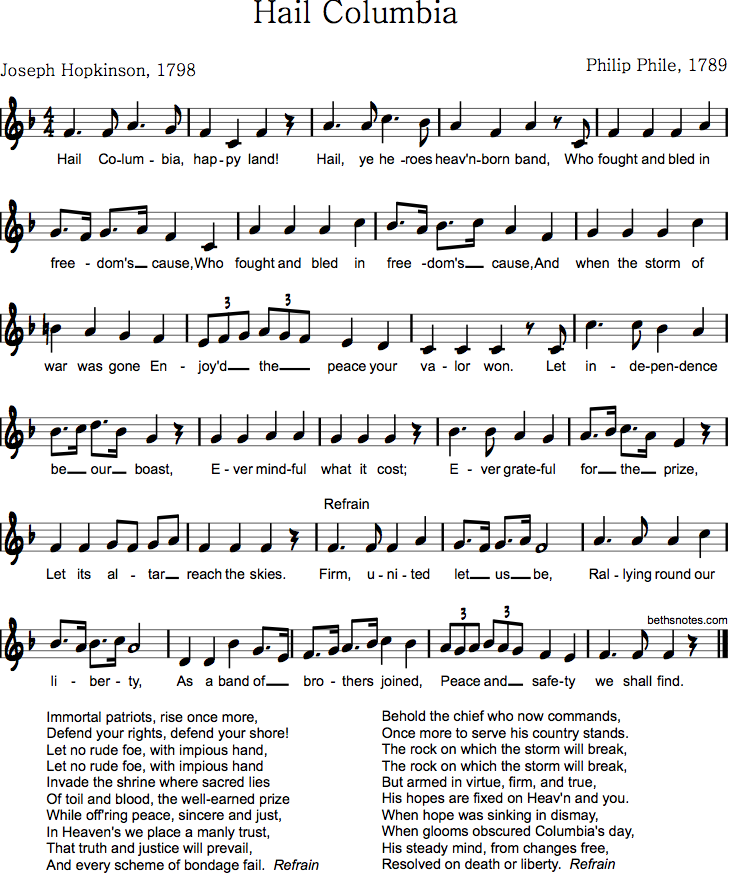 “Hail Columbia” was previously considered one of the unofficial national anthems of the United States until 1931, when “The Star-Spangled Banner” was officially named the national anthem. “Columbia” is the poetic name for the United States. It was the anthem for the President until it was replaced by the song “Hail to the Chief”. It is now the official Vice Presidential anthem. (source)

Refrain
Firm, united let us be,
Rallying round our liberty,
As a band of brothers joined,
Peace and safety we shall find.

Immortal patriots, rise once more,
Defend your rights, defend your shore!
Let no rude foe, with impious hand,
Let no rude foe, with impious hand,
Invade the shrine where sacred lies
Of toil and blood, the well-earned prize,
While off’ring peace, sincere and just,
In Heaven’s we place a manly trust,
That truth and justice will prevail,
And every scheme of bondage fail. Refrain