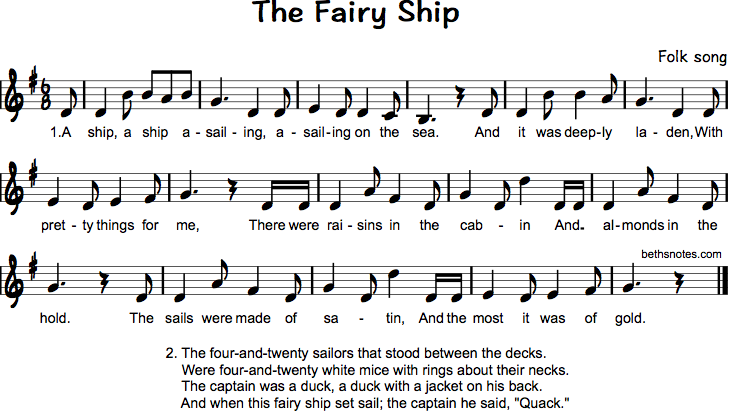 1. A ship, a ship a-sailing, a-sailing on the sea.
And it was deeply laden with pretty things for me.
There were raising in the cabin and almonds in the hold.
The sails were made of satin, and the most it was of gold.

2. The four-and-twenty sailors that stood between the decks.
Were four-and-twenty white mice with rings about their necks.
The captain was a duck, a duck with a jacket on his back.
And when this fairy ship set sail; the captain he said, “Quack.”