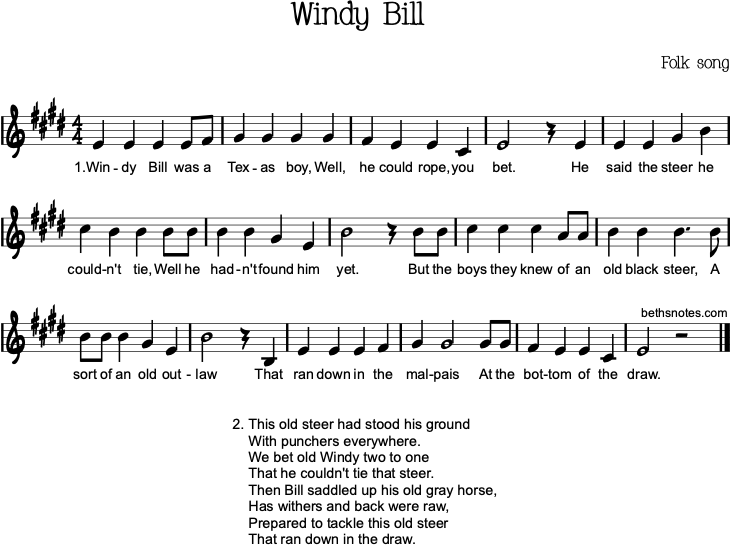 1. Windy Bill was a Texas boy,
Well, he could rope, you bet.
He said the steer he couldn’t tie,
Well he hadn’t found him yet.
But the boys they knew of an old black steer,
A sort of an old outlaw
That ran down in the malpais*
At the bottom of the draw.

2. This old steer had stood his ground
With punchers everywhere.
We bet old Windy two to one
That he couldn’t tie that steer.
Then Bill saddled up his old gray horse,
Has withers and back were raw,
Prepared to tackle this old steer
That ran down in the draw.

*Malpaís is a term used in the Southwestern United States, Mexico, and other Spanish-speaking regions for a rough and barren landscape that consists of relict and largely uneroded lava fields that exhibit recognizable lava flows, volcanic cones, and other volcanic landforms. (source)