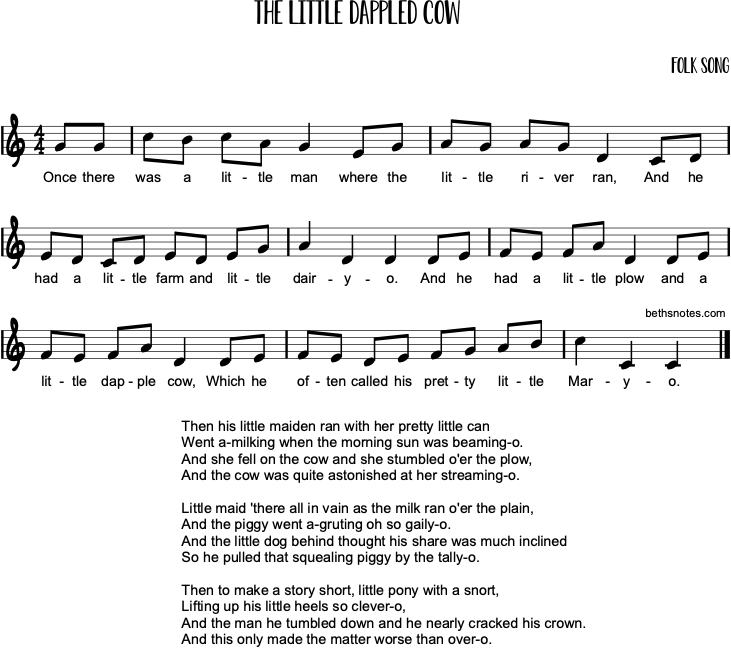 Then his little maiden ran with her pretty little can
Went a-milking when the morning sun was beaming-o.
And she fell on the cow and she stumbled o’er the plow,
And the cow was quite astonished at her streaming-o.

Little maid ‘there all in vain as the milk ran o’er the plain,
And the piggy went a-gruting oh so gaily-o.
And the little dog behind thought his share was much inclined
So he pulled that squealing piggy by the tally-o.

Then to make a story short, little pony with a snort,
Lifting up his little heels so clever-o,
And the man he tumbled down and he nearly cracked his crown.
And this only made the matter worse than over-o.