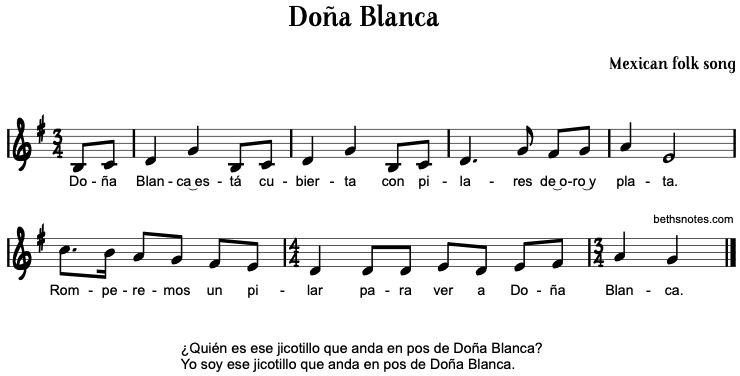 Mrs. White is covered
with gold and silver pillars.
We will break a pillar
to see Mrs. White.

Variations:
(1) The chase: Doña Blanca runs outside the circle and must make it one time around the outside of the circle. If she makes it around once and back into the center again, she is safe. (At this point, the same two students can play again in their same roles, or two new students can be chosen.)

(2) The other students can try to keep Jicotillo from chasing Doña Blanca by putting their joined hands in the way so he can’t follow her.