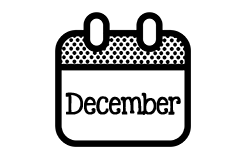 You know, December can be a difficult month for a music teacher. In my career, I have faced angry parents who have demanded more Christmas songs about Baby Jesus and have shown me legal cases to prove the right of public schools to play Christian music. Once I tried to connect American history with Santa by telling fourth graders that Santa was invented in the U.S.A. After the principal was called by angry parents after school that day, I received an angry letter “from Santa” in my teacher mailbox. At one school, our gym wasn’t large enough for our all-school winter concert, so we used the local Catholic church down the street. One family refused to attend, since there was a large crucifix in the front. There were times I just wished the whole month of December would go away.

“The omission of sacred music from the school curriculum would result in an incomplete educational experience….” (NafME position statement found here)

In order to ensure that any music class or program is conforming to the constitutional standards of religious neutrality necessary in public schools, the following questions raised in 1971 by Chief Justice Warren E. Burger in Lemon v. Kurtzman1 should be asked of each school-sanctioned observance, program, or institutional activity involving religious content, ceremony, or celebration:

So, here is what I do in programs:

My all-school winter sing-along has secular songs. Here’s what we sing. None of those songs mentions the baby Jesus – and there’s one Hanukkah song. (I have stopped including Kwanzaa songs. To be honest, I have never met a student who celebrates Kwanzaa.) When I have taught after-school or before-school chorus, I might include a sacred piece. And, that’s what my district policy was. If students weren’t required to participate, then I could include sacred music.

When I teach about the Hallelujah Chorus I mention the word Messiah as the name of the oratorio. I tell them Messiah means Savior. Sometimes I have asked, “Who do you think the “Savior” is, since this is a Christmas story?” I get answers from students like, “the Nutcracker,” “Santa Claus,” and “St. Nicholas” and the occasional “Baby Jesus.” I just say, “Yes, the Baby Jesus is what the story is about.” Enough said. No problem.

Another unit I teach when I mention Biblical themes is during the Spirituals unit (during February, which is Black History Month). I mention that the Spirituals were sung by slaves (and I have to make sure to mention that Martin Luther King Jr. was not a slave – they think it’s the same time period) – and slaves had a really hard time. So, they would sing about things that made them happy, like Heaven and Bible stories. Enough said. No problem.